Autodelivery items will show at checkout
Your cart is empty 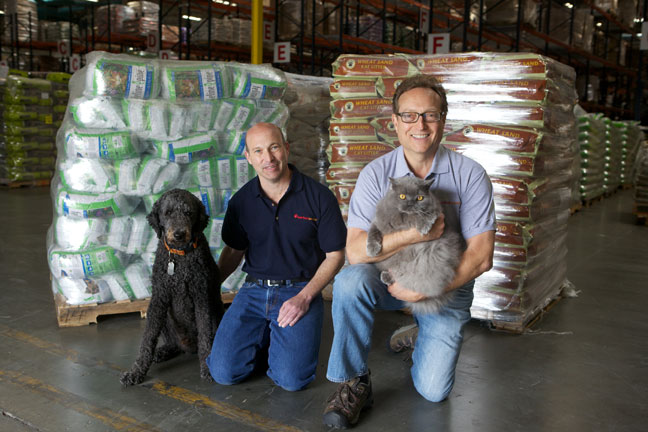 It all started back when Michael was 7. He wasn’t allowed to get a dog, so he started rescuing stray cats, birds, and anything else he could sneak past his parents. At 16, he finally got his first dog, a German Shepherd, and trained him to respond to commands off leash.

Years later, while attending City College of San Francisco in 1976, Michael decided to start a dog training business in order to supplement his student loans. By the 1980s, Michael's little business had become the largest professional dog training company in Northern California, and he’d opened a brick and mortar location in the San Francisco’s West Portal neighborhood.

It might surprise people who know Mark as the outspoken animal rescue advocate he is today, but Mark was a late convert to pet parenthood and the importance of pet nutrition. In fact, when his then girlfriend first got a dog - Maxine - Mark was against it.

When his girlfriend wasn’t home, he fed the dog spaghetti. Why? He liked spaghetti. He was eating spaghetti, so the dog got spaghetti. When Mark’s girlfriend got a second dog—a white poodle—he added red tomato sauce, because when the dog was eating, it looked like he had just eaten a deer.

Mark and Michael met at the Dog Show at the Cow Palace, where Michael had a booth and Mark's girlfriend was looking for a poodle.

At the time, Mark worked for a well-known local electronics store. Michael started talking to him and convinced spaghetti-feeding Mark about the importance of pet nutrition. Mark had retail experience, and Michael knew everything about pets. They started working together, and Pet Food Express as we know it was born.

When they’re not eating the very best foods we sell in our stores, Mark’s dogs still enjoy the occasional plate of spaghetti. And although he didn’t want Maxine initially, he came to love her. Even after she ate 38 pairs of his girlfriend’s shoes. In fact, when Mark’s girlfriend said it was her or the dogs, he chose the dogs. That ex-girlfriend? We still like her. She gets a Friends and Family discount and is a regular customer at our Pasadena store.

Why do I need to choose?

The products you’ll be able to select are based on what your
neighborhood store has in stock. Let’s see what they’ve got!